Deep in Denial: perspectives on bias and self-deception in science, politics, and religion 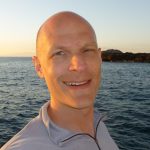 He is currently focusing on the social psychology of motivated reasoning and denialism, as it manifests itself in attitudes toward issues in science, politics, and religion.

Professor Bardon is currently a Fellow with the Intellectual Humility in Public Discourse project, and president of the Philosophy of Time Society.

My project is a popular book on the social and psychological factors underlying ideological polarization in public discourse, entitled Deep in Denial: perspectives on bias and self-deception in science, politics, and religion.

There is a pervasive human tendency to deny uncomfortable truths, and to exhibit unconscious bias in service of the rationalization of comforting worldviews. Human beings have demonstrated the capacity to sincerely discredit consensus scientific conclusions, or consensus historical facts, when those conclusions are ideologically inconvenient. Some forms of denial have significant public policy implications: for example, motivated belief—despite having good reasons to the contrary—in inherent racial superiority, in threats presented by religious diversity, in the irrelevance of structural barriers to success on the part of the very poor, in the imagined dangers of vaccines and genetically modified foods, or in the false controversies of climate change and evolution.

The purpose of my research is to locate and analyze motivated reasoning and denial in science, politics, and religion, and to examine science-based mitigation strategies aimed at improving the state of public discourse on a variety of important issues.