A map of the downtown Hartford area, including the two locations of the workshop, is available here.

Registration for the workshop is now CLOSED.

The workshop is sponsored by Humility and Conviction in Public Life (HCPL),  an applied research project funded by the John Templeton Foundation and the University of Connecticut, which aims to shed new light on how democracies can balance the value of strong moral conviction with the need for citizens to dialogue with one another, to have some sense of humility about their own values. The hope is that the workshop will be a launching pad for future collaborations and practical interventions. 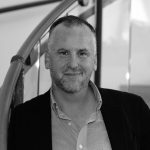 Michael Patrick Lynch is a writer and professor of philosophy at the University of Connecticut, where he directs the Humanities Institute. His work concerns truth, democracy, public discourse and the ethics of technology.  Lynch is the author or editor of seven books, including, The Internet of Us: Knowing More and Understanding Less in the Age of Big Data,  In Praise of Reason: Why Rationality Matters for Democracy, Truth as One and Many and the New York Times Sunday Book Review Editor’s pick, True to Life. The recipient of the Medal for Research Excellence from the University of Connecticut’s College of Liberal Arts and Sciences, he is The Principal Investigator for Humility & Conviction in Public Life, a $7 million project aimed at understanding and encouraging meaningful public discourse funded by the John Templeton Foundation and the University of Connecticut. A frequent contributor to the New York Times “The Stone” weblog, Lynch’s work has been profiled in The New Yorker, The Washington Post and Wired (among others). He speaks regularly to both academic and non-academic audiences, and has appeared at such venues at TED@250, Chautauqua, and South by Southwest.

Workshop attendees should park at the CT Convention Center Garage (100 Columbus Blvd, Hartford CT 06103), located next to the Hartford Marriott Downtown and a five minute walk from the Hartford Times Building.

Those who are flying into Bradley International Airport (BDL) have three options to get to the hotel.

The Bradley Flyer bus provides direct service from the airport to the Hartford Convention Center, which is next door to the Hartford Marriott Downtown. The bus operates approximately hourly between downtown Hartford and all the terminals at the airport, seven days a week, and is $1.75 for fare. The bus service runs from 5AM-12:20AM on weekdays and from 4:40AM-12:00AM on weekends. The weekday schedule is available here, and the weekend schedule is available here.

Taxis are available outside of BDL 24/7. The Marriott estimates one-way taxi fare at $44.

Uber and Lyft both operate in Hartford, and are typically cheaper than a taxi. Ride shares do not typically wait at BDL however, and so you may have to wait for a ride share to come pick you up.

The workshop will provide catered in breakfast and lunch on Saturday April 7, just outside of the workshop meeting room in the Hartford Marriott Downtown.

A list of nearby restaurants for dinners on both nights is available here.