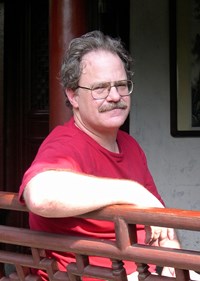 From Trotskyism to Proletarian Democracy: China, 1930s
This paper explores the trajectory of the political thought of Chen Duxiu (1879-1942) through the 1930s.  Chen’s ideas changed dramatically over his lifetime but a utopian vision of true democracy was central to his thought.  He is best known as a co-founder and first general secretary of the Chinese Communist Party, and he dismissed democracy as regressive “bourgeois democracy” during the time of his membership in the Party from 1921 to 1929.  However, Chen was a leading advocate of democracy both before the 1911 Revolution and especially in its wake in the 1910s.  And again he returned to the theme of democracy in the 1930s.  This paper focuses on how Chen “returned” to democratic thinking over the course of the 1930s.  I argue that Chen’s conversion to Trotskyism allowed him to make sense of the CCP’s defeat (1927-1928) and stimulated him to rethink revolutionary goals as well as strategies.  Though he eventually abandoned Trotskyism, he did not precisely return to either the liberal or communitarian democracy he had earlier advocated, but rather developed the notion of proletarian democracy.  In Chen’s understanding, democracy was a kind of universal force unfolding through history and realized through class struggle.