Trespassing Onto Other Experts’ Turf
by Nathan Ballantyne and David Dunning

Experts’ knowledge and skills are a valuable resource for individuals and communities. One economist recently estimated that 75% of the capital in the United States lies in the knowledge and intellectual abilities of its people.1

But non-experts can easily fail to make good use of experts’ superior insights. Thus, one threat to the flourishing of human beings, individually and collectively, is the inability for non-experts to accurately recognize and take advantage of genuine expertise. At times, people even reject the input and advice of experts, a move that lies at the heart of our team’s project.

In a phrase, we explore epistemic trespassing, in which non-experts move into an expert’s field, reject their judgments, and supplant the expert’s perspectives with their own. A quick survey of contemporary news (or maybe anyone’s Twitter or Facebook feed!) will reveal examples in which people replace informed opinion with their own flawed and incomplete knowledge. This behavior is not a reflection of intellectual humility, and so its patterning and prevalence is worthy of careful study to examine how often people trespass and whether they do it out of wisdom or its opposite.

In coordinated projects, Dunning and collaborators at the University of Michigan investigate the psychological and social dynamics that promote or inhibit trespassing behavior, using the methods of empirical psychological research, while Ballantyne at Fordham University investigates normative questions about the appropriate evaluation of trespassing behavior, using the tools of philosophical analysis.

Dunning’s lab has recently completed a study, spearheaded by postdoctoral researcher Stephanie de Oliveira Chen, that explored when non-experts dismiss the conclusions of scientific experts. The key issue is knowledge of scientific method—and believing whether scientists’ claims are constrained by those methods or instead are free to roam wherever they please the scientist.

In the survey study, respondents were quizzed on their familiarity with the constraints built into the scientific method that limit scientific claims. Knowledge of these constraints proved to be important. Many participants expressed a distrust of scientific conclusions about vaccines, climate change, genetically modified organisms, and nuclear power. They expressed the view that scientists were neither trustworthy nor competent enough to make judgments on these topics. Importantly, this distrust of science was traced back to a belief that scientists are free to say anything they wish, that scientific data largely decorates viewpoints scientists already favor.

Critically, epistemic trespassing does not just involve untrained novices claiming knowledge about a field they don’t possess. It also involves experts in one field who make claims beyond their actual competence in another. One example is Nobel laureate Linus Pauling, a chemist who championed the health benefits of Vitamin C even though medical experts denied them. In a forthcoming article in Mind, Ballantyne explores this sort of trespassing, arguing it is a commonplace problem in interdisciplinary research.

Researchers in multiple fields often explore shared questions about topics such as human freedom, rationality, the mind, and ethics. Many of these questions have been “hybridized.” They are answered by combining evidence and techniques from two or more distinct intellectual fields. But researchers who answer hybridized questions by drawing exclusively on the resources from one field risk trespassing on cross-field experts. These trespassers may form their opinions without the requisite skills or evidence needed to judge well.

If trespassers are reflective about their overreaching, they will often have reason to either develop cross-field expertise or avoid holding confident answers about hybridized questions. Learning about trespassing can thus be a powerful reason to change our intellectual practices. 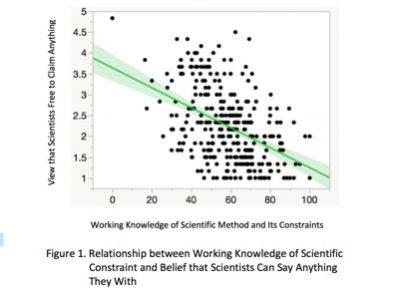 Of course, trespassing without apology is sometimes perfectly legitimate. Astrologers have skills that non-astrologers typically lack, for example, but scientifically-informed non-astrologers will believe astrologers lack reliable methods and so they can dismiss astrologers’ claims.

But at times researchers lack defensible reasons to trespass. One standard rationale is that “critical thinking” skills transfer across fields, allowing trespassers to make competent judgments about matters far away from their home turf. Effective transfer of skill, however, also requires familiarity with the domain of use. In other words, the further trespassers stray from “home”, the less likely they are to transfer their skills successfully.

Once researchers recognize they are in danger of trespassing, they do not just have reason to adjust their confidence or develop cross-field expertise. They also have motivation to rethink the design of their research communities. So many important questions are hybridized, and researchers in cognate fields should be encouraged to rub shoulders more than they ordinarily do. However, in doing so, they may make the heads sitting on those shoulders a little more cautious to be better able to address the complex challenges facing contemporary society.

1 Gary Becker, “The Age of Human Capital” in E. Lazear, Education in the Twenty-First Century, 2002.